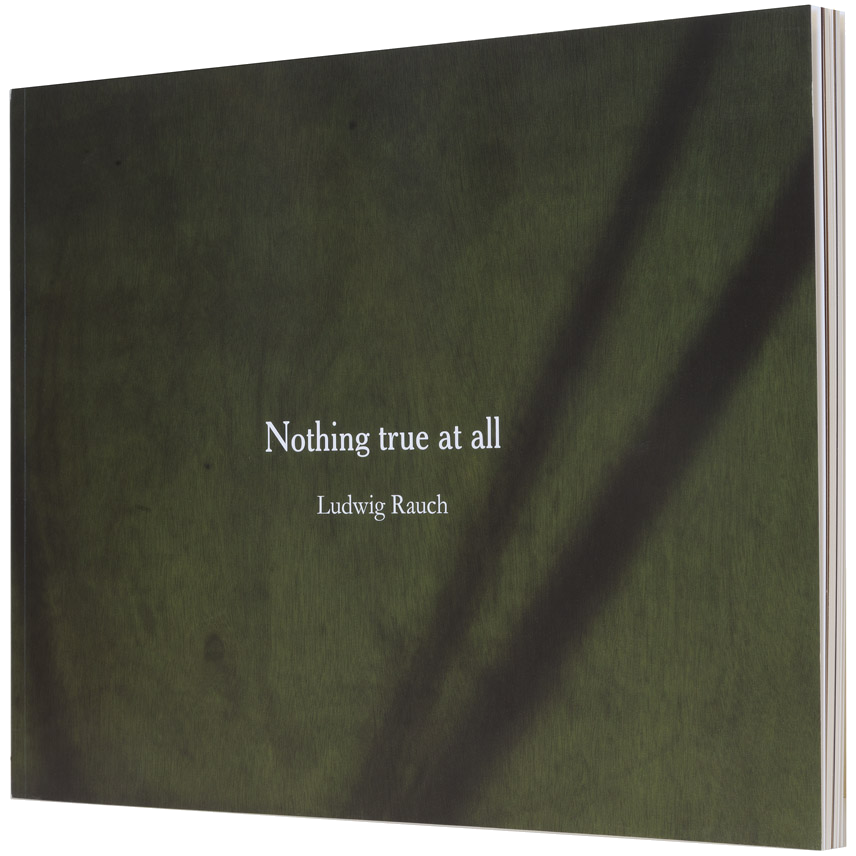 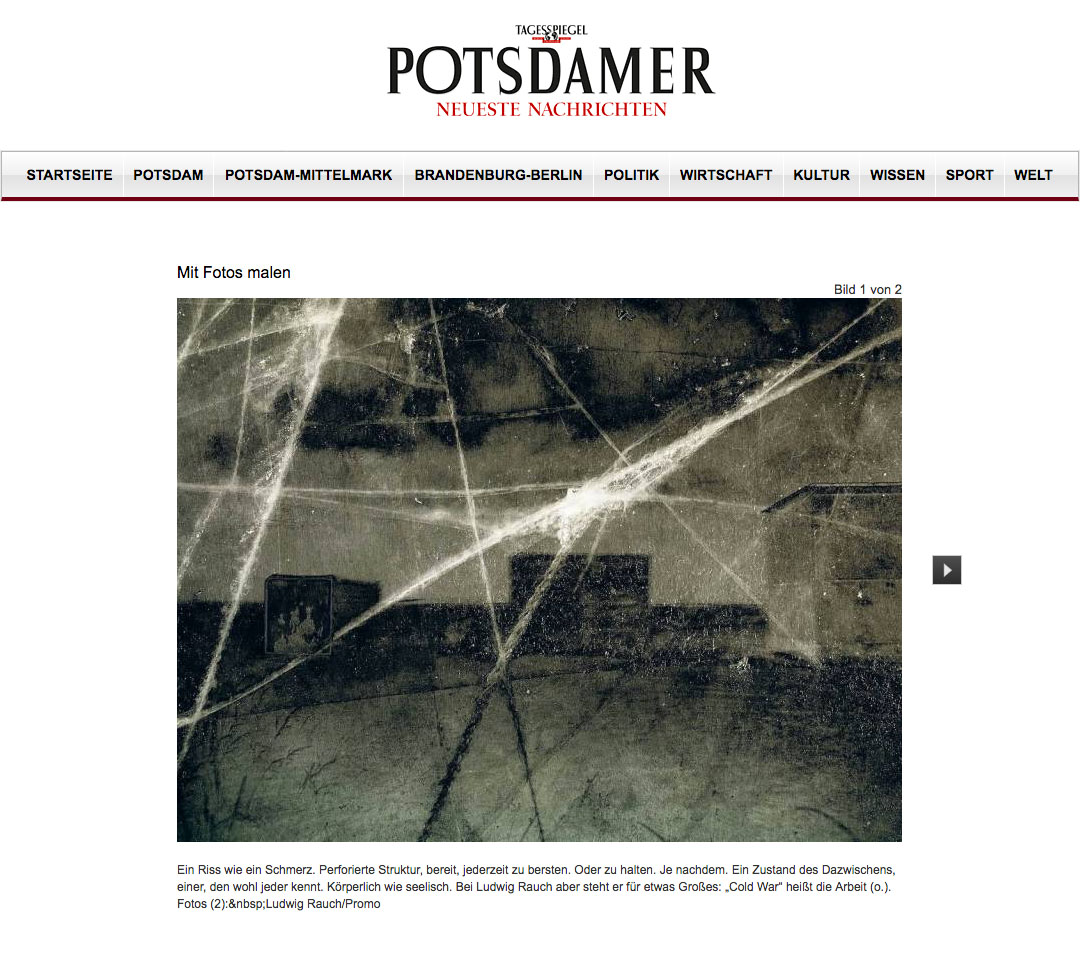 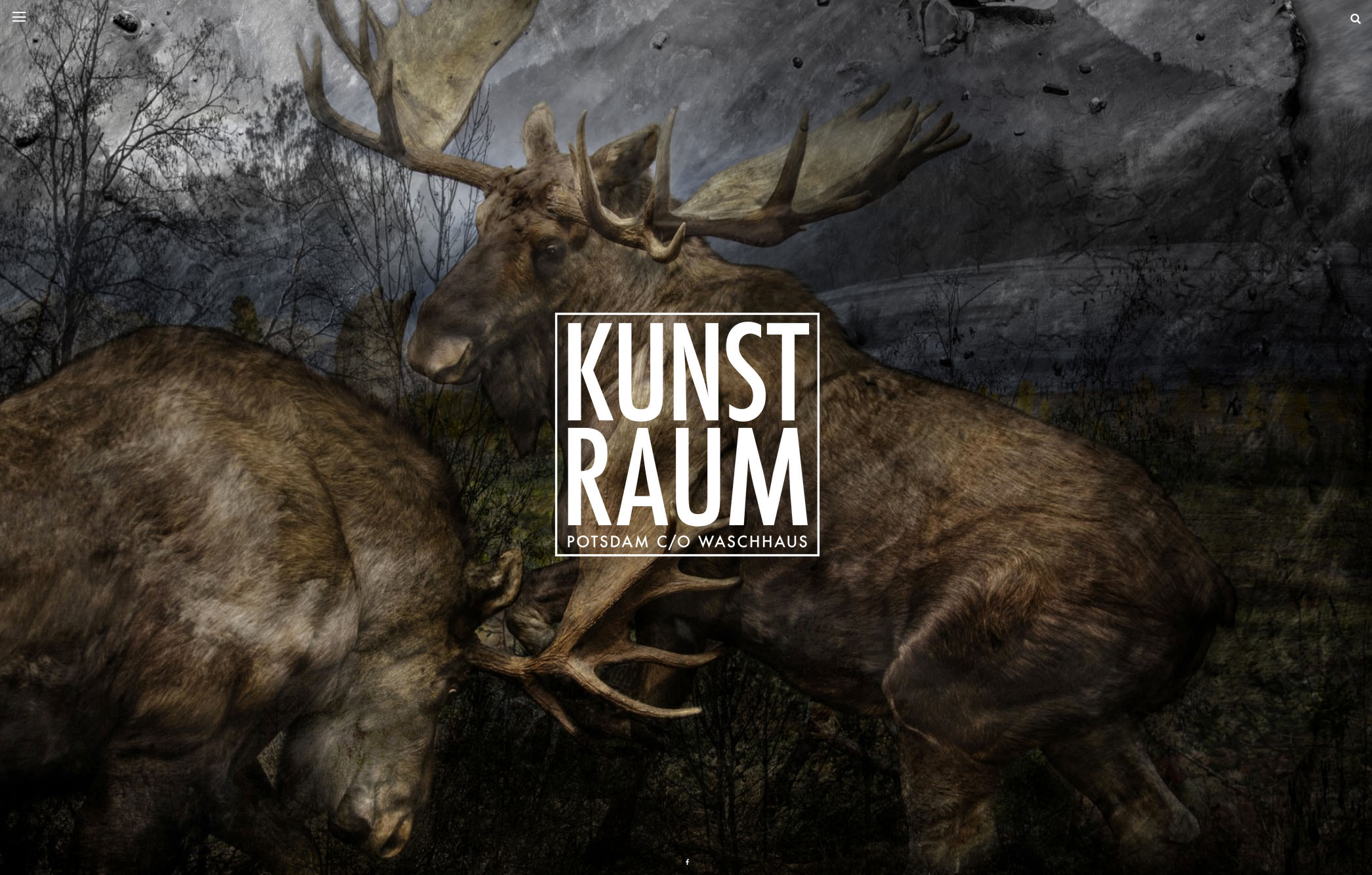 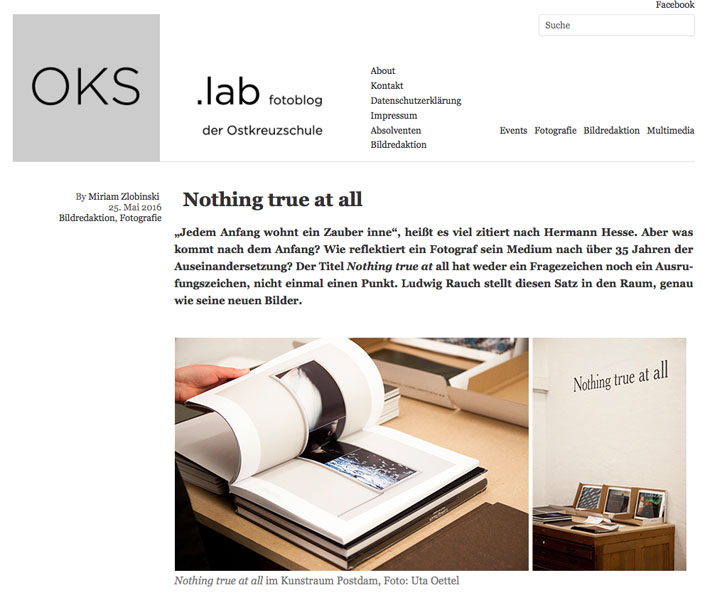 Pictures in any case

What do you get to see? It's entirely unclear. Pictures in any case. Pictures of overwhelming penetration, pictures that expose their effects free of care. Pictures that don't reflect a direct encounter or memory. Pictures that were somehow photographically generated yet neither "capturing", depicting, nor pretending to bear any relationship whatsoever to the encounter, rendering the photo in its story as the absolute "representational medium".

An example: two mighty buck elk in confrontation congealed in the acuity of a chimerical close-up. The powerful palms share the same stark illumination as the warm earth-brown fur of the muscular creatures; giants in startling meticulousness. The eruptive seen played out in a flat stage-like landscape oddly decolorized, transitioning into black and white. The ambiance of the combat motif is interspersed with elements neither localizing nor rendering the occurrence in the foreground believable. —A storm of light, the flight of stones, the diagonal agitation of spherical commotion. The image space is void of relational depth to the animals' bodies. It is acutely subjected to another perspective as the urgency of the presentation is theatrically accentuated by something revealing itself as a mere backdrop. As such the elk seem to be posing in a diorama in the foreground of a painted primeval world, sharply contoured and collage-like separated from that which is bestowing drama to the occurrence. This however, artificiality makes an all the more pressing demand for the promise of reality. The intersection of the image planes, the continuous focus, the brokenness of coloring always steers the eye most tormentingly back to the colossal central motif and to the question of what one is actually dealing with.

Entering the association apparatus of today's discourse management, a number of things become apparent: the picture could be a distant echo from a late 19th century hunting scene, something attributable to the monumental naturalism of the Gründerzeit. The photographer would then be playing with historical iconographic programs of paintings unavoidably manipulating media reflection. It is however conceivable that the artist, feeling modern, wants to visualize the savage nature of the primeval forest in order to parody our cultural concepts of "nature" with the ever "belling stag" in our parochial living rooms. He couldn't have intended a less plausible zoomed view of a showcase to envision the charm of the teaching-aid cabinet in the natural history museum while elevating it to the monumental. In general, museums are exceedingly popular today as are successful photo motifs that deal with the subject of thin membranes among cultural representation, reception, narrative, and image. The staging of knowledge is staged coldly, distancing itself from itself. A glimpse into the art temple would result in a subtle cultural criticism of the genre painting.

None of that is at all necessary. Ludwig Rauch has been a photographer for 30 years and has delved into everything throughout the decades: reports, portraits, industrial photography, landscapes, still lifes, conceptually arranged series, free image abstractions through stratified film tableaux, as well as picture compositions in light boxes... From all this material an inconceivably prolific photographic archive has amassed which is just as indebted to the visual conceptualizing of analog black and white photography as it is to the medial transitions with Polaroids and digital photography–including the reassurance of what happens to photography after its dissolution into data: fundamental questions of self-conception between documentary passion and artistic freedom that pervade throughout the entire history of photography also limn the substance of this archive and have occupied the photographer right up to his latest production. It also came to light with the transition to digital photography that the difference between the individually conceived image and the artistic design of the photographic "picture" had long become obsolete because the hidden claim to reality behind it was rendered entirely dubious. Ever since, reality can only be understood as image reality in the sense of design. Bernd Stiegler gets to the heart of it: "While photography shows ipso facto that it is construed, it clearly wants to make us aware that every view of reality is only another process of an altogether analog design." 1) The fundamental uncertainty of the concept of what photography is per se has by its logic removed the compulsion to reflect anything real at all. The only reality we know from photographs is the reality of the photograph itself.

And from here to the thoughts of Peter Lunenfeld: "Photography is both apotheosis and challenge to painting's notion of realism." 2), is then only a small step. It leads directly to the buck elk.

While Ludwig Rauch reaches into his archive, "the once discrete elements of photography" inevitably end up 3) in an environment organized in binary graphics. Whatever the photographer pulls out of his pictorial reservoir, it becomes available for a program-controlled re-working that means the transcribing of the images into the system of computer graphics. The elk, photographed somewhere in the world, possibly in a natural history museum, are not simply transposed into another image field compiled together with another photo motif, but rather transferred in layers one upon another as in a painting. The data in one sphere adjoins and interlinks with the next where layering effects, transparencies, and overlapping result gradually permeating the image with itself. Intensity, texture, color modulation, cropping, insertion, and obliteration penetrate the entire data constellation. Every procedure is reversible, every element exchangeable and tending toward increasingly denser interspersing of symbol conglomerations. From the photographs once specifically conceived as a portrayal of image, an open playing field arises for sequences of dreamlike improbability. They couldn't care less if the emerging images belong to photography, are painted photographs or photographs of paintings, analog or digital —the aim is the beautiful picture, the stunning picture, the never before seen picture, the opportunity to overpower disregarding debilitated taboos of what is permitted in a given form of art. The complete dissolution of the instance of "photographic" in photography as Bernd Stiegler called it isn't regretted, but rather veered into the potential of a liberated visionary availability. The reconnection to his earlier work ensues because Rauch reverts only to his own photography as a continuation, so to speak, of his tangible material transposed into another environment of signal values. New works issue organically out of his entire body of work yet achieving a new dimension. It's as though, when invoked, the pictures are unknown to one another.

All of this is a far cry from the Photoshop manipulation used to tease out alienation, cosmetic corrections, collages, or in whatever way compiled motifs for certain advertising attractions. To a greater degree Rauch imagines further by redefining his scope. New tableaux are created extending from macro photography to wide-angle perspectives as well as bringing the large and small worlds into completely new contexts—beguiling, unsettling, and unparalleled in their nature.